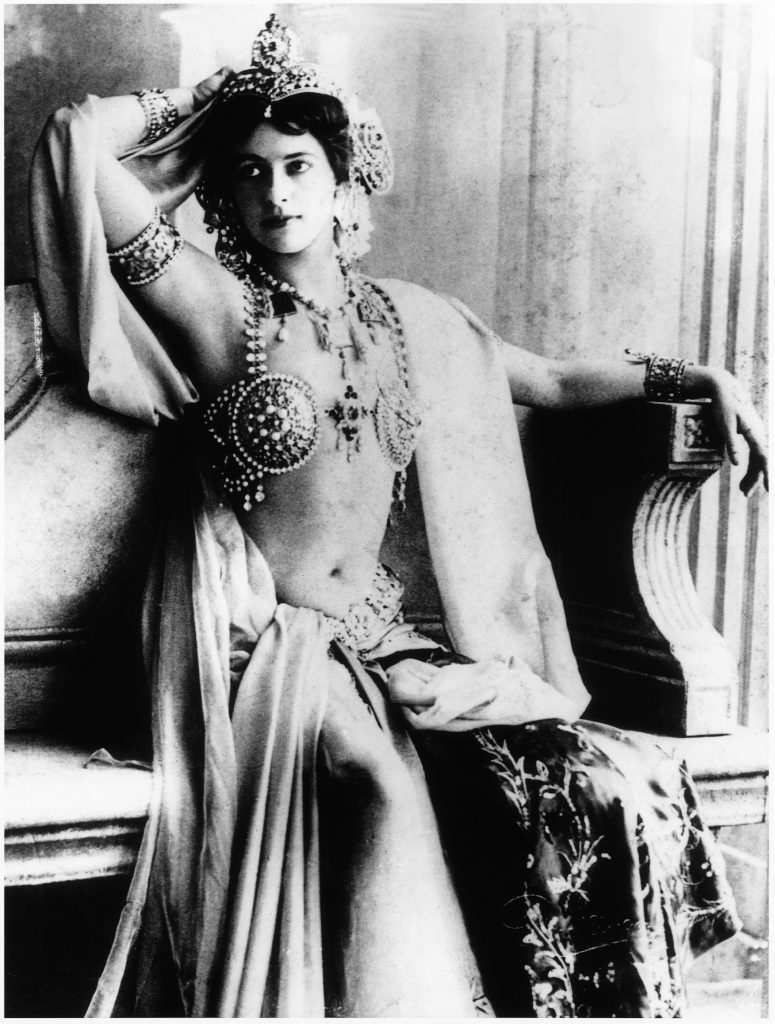 The debate over Mata Hari and her involvement with the world of espionage is one that may never have a clear answer. Her life is a mix of tall tales and legends, some were self-fabricated, and others were created by people’s perception of facts in a turbulent time. With every myth there is a grain of truth, but in regards to Mata Hari, the identity of that grain is hard to determine.

Hari’s early life was one of fact. She was born as “Margaretha Zelle” in the Netherlands, to a family plagued by unfortunate circumstances. From an early age, Margaretha relied on her sexuality and femininity to pave her future path. She answered an ad in a newspaper for military captain, Rudolf MacLeod, who was looking for a wife while stationed in the Dutch Indies. Margaretha was almost 19 when she married the 42-year-old captain and thus ensued their unstable nine-year relationship. Macleod’s heavy drinking and jealously over the attention his wife received by other officers was not subdued by the birth of their two children (a boy and a girl) who later became the breaking point between the couple. With her marriage shattered, one child dead, and the other being raised by MacLeod, Margaretha moved to Paris. 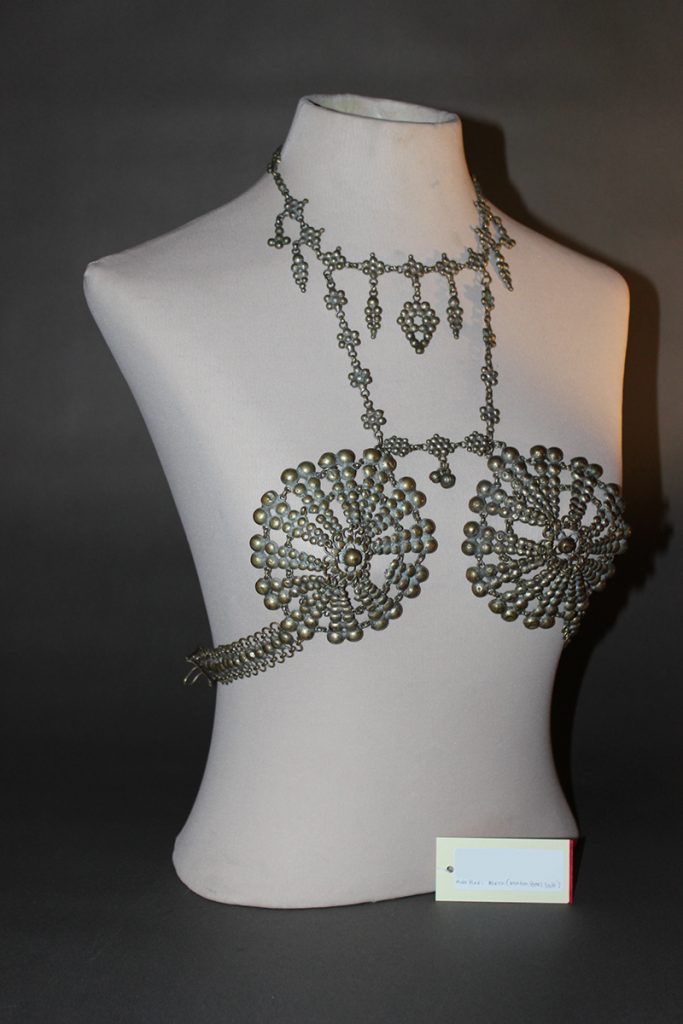 As she aged, Mata Hari’s dance career began to decline after 1912. On March 13, 1915, she performed in what would be the last show of her career. By this time, she had become a successful courtesan, known more for her sensuality and eroticism than for her beauty. She had relationships with high-ranking military officers, politicians, and others in influential positions in many countries. Her relations and liaisons with powerful men frequently took her across international borders.

During the time of WWI, Hari was approached by a German counsel and offered 20,000 francs to spy for Germany. She desperately accepted the money, which she supposedly viewed as repayment for her expensive goods that had been seized by the German government when the war began.

Hari never admitted to sharing any confidential secrets with the Germans. When she returned to Paris, she continued on with her life of luxury but failed to realize that she was being followed. The head of Deuxième Bureau (counterespionage) commanded his agents to surveil her but they returned without any evidence that Hari was spying for the Germans.

As the war raged on, France was desperate for some kind of win to boost morale. Unbeknownst to her, Hari provided the French with an opportunity. Capturing an enemy spy would relight the fire that fueled the French forces. Steps were put into motion and Mata Hari agreed to spy for France in return for one million francs. 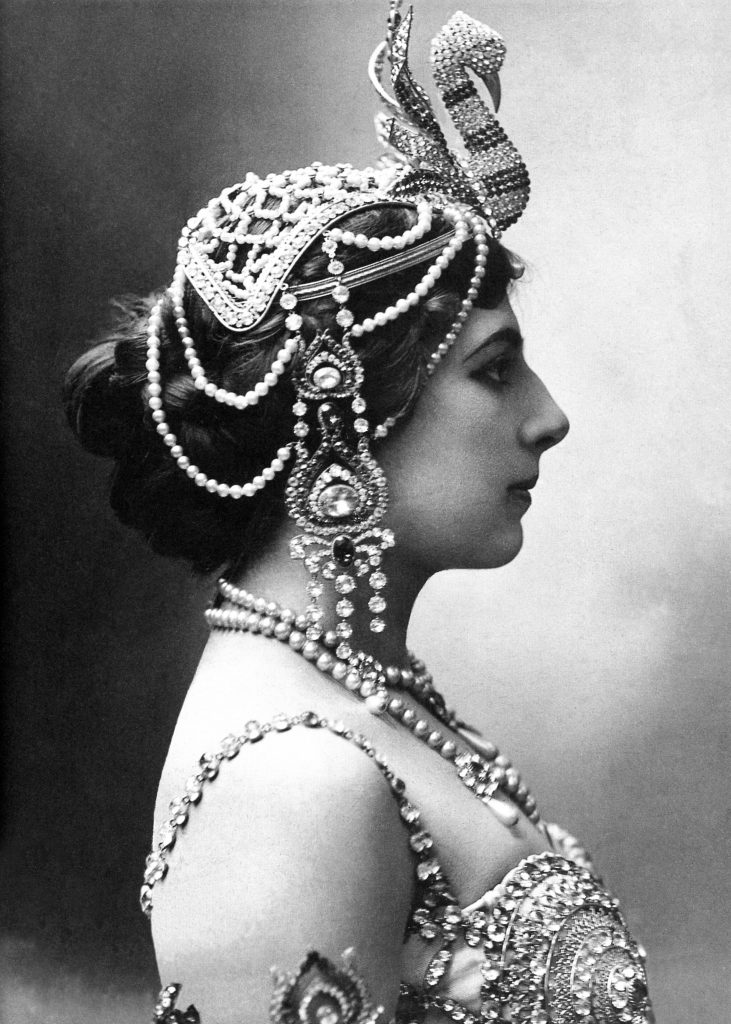 Hari was sent back to the Netherlands lacking any specific instructions other than to wait. Enroute, she was detained by British agents and underwent interrogations until she admitted that she was a spy for France. When the authorities contacted the French government to corroborate her claim, the French refused to do so.

When Hari returned to Paris after collecting intel on German diplomats, she expected to be greeted with her reward but instead all she received was silence. She was arrested on February 12, 1917, with eight changes, one for espionage on the German behalf. The French claimed to have intercepted radio transmissions that pointed to Hari as a double agent, but the legitimacy of the transmissions was never authenticated.

Her trail consisted of evidence that now, wouldn’t have been able to legally convict anyone of anything, let alone espionage. Mata Hari was found guilty on all accounts without any chance for appeals or exchange for jail time and on October 15, 1917, she was put to death by a firing squad.

Hari’s life story begs the question: was she the fantastic double agent who fooled all of those around her, or was she simply a naive women who was dealt an unfortunate hand and bit off more than she could chew? Could she have been committing illegal acts with such a high level of deception that we are still being deceived today, or was she just scapegoat for a nation that was looking for an easy answer to their problem? The truth is still unknown…

Experience her life on the big screen in our upcoming special viewing of the movie Mata Hari, Agent H21 on August 23, 6:30 PM. Popcorn and sparkling French soda will be included. For more information, visit the International Spy Museum.