From Russia with Love | A History of Poisonings

Targeted killing. Wet jobs. Assassinations. Eliminations. Spy thrillers feature deadly plots in which governments eliminate spies, operatives, dissidents or enemies of the state. Life imitated art with the recent expulsion of 60 Russians from the United States on Monday, in response to Russia’s alleged poisoning of a former Russian spy in Britain.

Whether Russian agents played a role in the latest wet job or the bizarre death of former KGB agent Alexander Litvinenko—who died in London on Nov. 23, 2006 after being poisoned by radioactive polonium-210—remains unclear. What we do know is that he wasn’t the first. 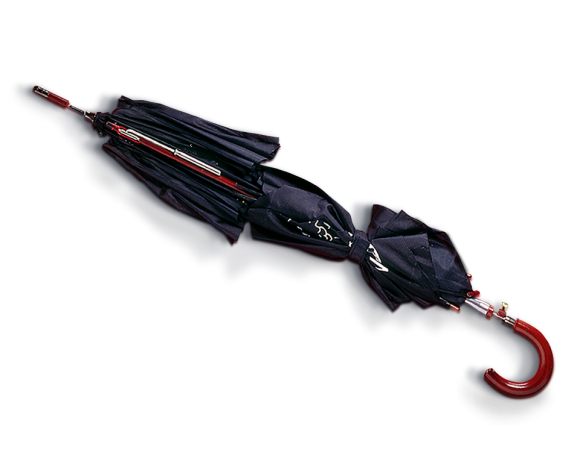 Bulgarian Umbrella
In 1978 the KGB used an umbrella like this—modified to fire a tiny pellet filled with poison—to assassinate dissident Georgi Markov on the streets of London.

In fact, there is a dark and often odd history of death by poison that stretches back to ancient times. In the Roman republic, arsenic was used so widely that in 82 BC, a law was issued against poisoning. And historians still wonder about Napoleon’s untimely demise after traces of arsenic were found in his hair.

But no nation can lay a more legitimate claim to institutionalizing assassination as part of its foreign policy than the Soviet Union, starting with the regime of Joseph Stalin. Initially, Soviet “wet jobs”—so called because of the resulting blood and gore—were clumsy and brutal; after several failed attempts to get at Stalin’s exiled rival Leon Trotsky in Mexico, a Soviet agent finally managed to smash his skull with an ice pick. 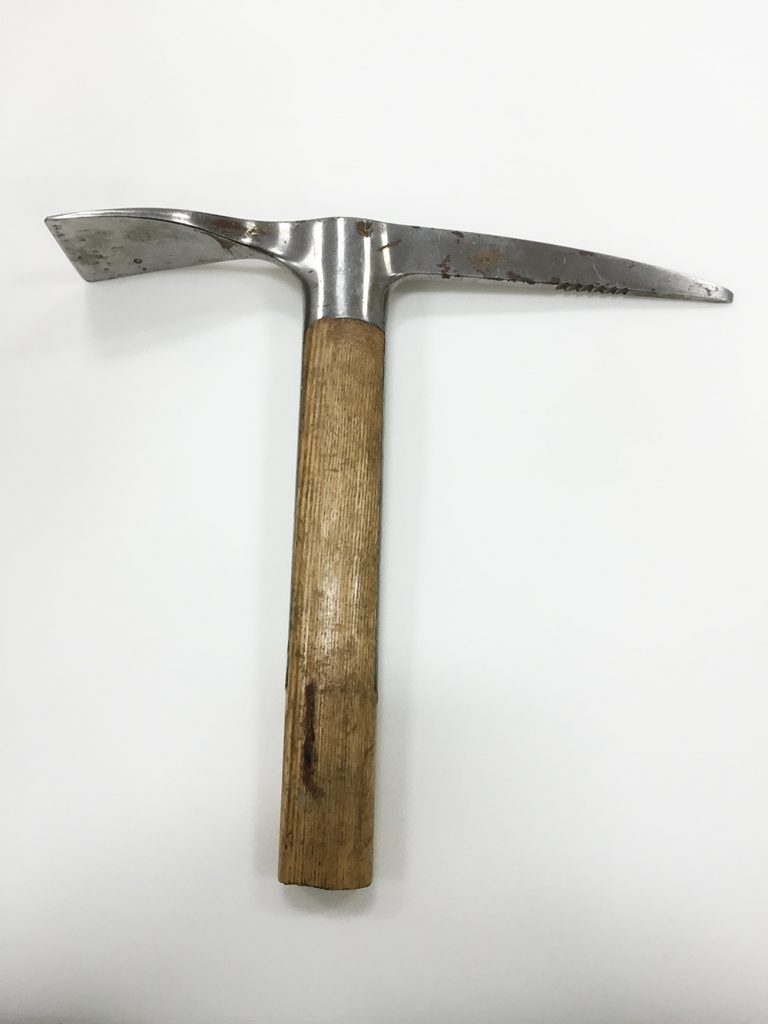 Over time, the methods became more refined. In 1943, Stalin established a special department whose name described its tasks quite accurately—the notorious Smersh, or “Death to Spies,” an organization immortalized by Ian Fleming in his James Bond novels. Smersh, later integrated into the KGB, remained active for years. To equip its assassins, the KGB set up a secret arms laboratory at Khozyaistvo Zheleznovo to develop innovative—and not so “wet”—ways of killing.

One of the earliest known Soviet Cold War plots aimed straight at a foreign head of state. Frustrated by the refusal of Yugoslav leader Josip Tito to align his country with the Soviet bloc, Stalin decided to have him eliminated. To dispose of Tito, the KGB considered several methods, including administering a silent spray of pneumonic plague during a personal audience and presenting him with a booby-trapped box that would release a lethal poison gas as soon as it was opened. The operation was shelved only after Stalin’s death in 1953.

But the policy of state-sponsored assassination outlived Stalin. In the 1950s, Ukrainian nationalists were the preferred targets. In one instance, a 25-year-old Soviet assassin, Bogdan Stashinsky, was issued a spray gun that fired a jet of poison gas from a crushed cyanide vial, causing death by cardiac arrest. Having tested the weapon successfully on a dog, Stashinsky killed two Ukrainians in Germany, one in 1957 and one in 1959. 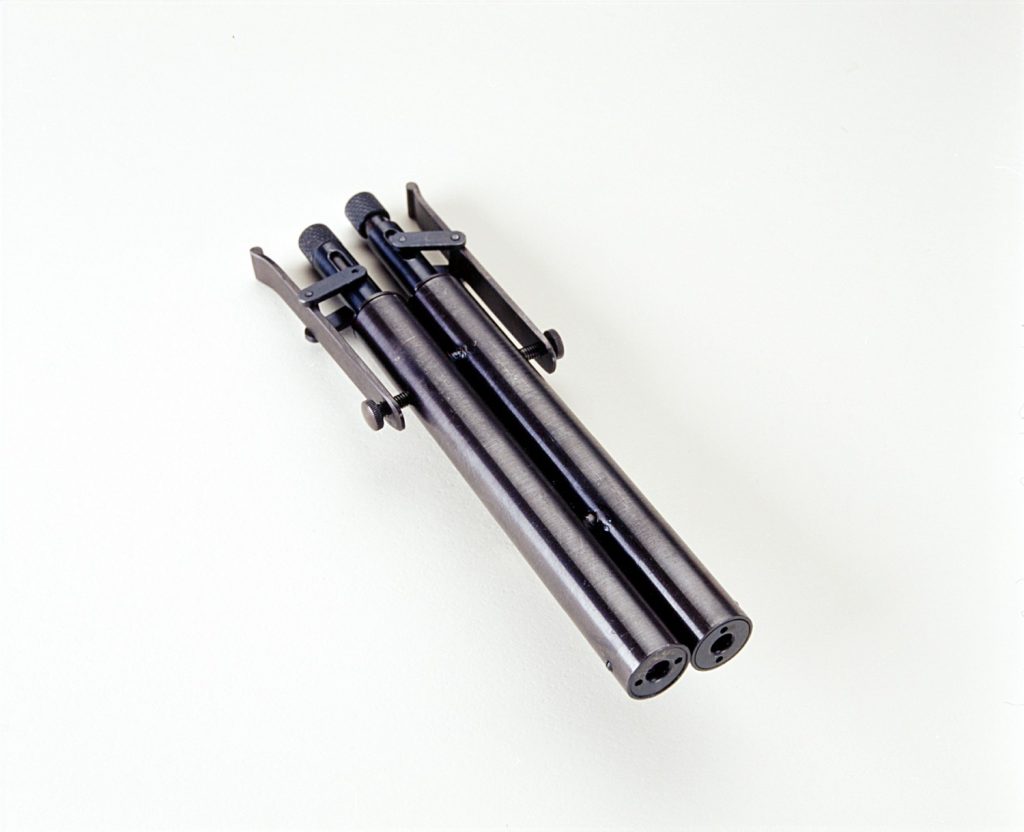 Although Moscow decorated Stashinsky highly “for carrying out an extremely important government assignment,” the assassin soon felt remorse. Encouraged by his East German girlfriend, he defected to West Germany and later publicly revealed his gruesome assignment.

Stashinsky wasn’t the only KGB killer with second thoughts. In fact, the “human factor” saved another Ukrainian’s life. In 1954, KGB assassin Nikolai Khoklov showed up at the flat of Georgi Okolovich in Frankfurt, Germany, and told him: “I’ve come to you from Moscow. The [Kremlin] has ordered your assassination.”

Khoklov went on to explain to the baffled Okolovich that he did not intend to kill him. Instead, he defected to the CIA and subsequently held a sensational press conference where he displayed his exotic murder weapon—an electrically operated gun, fitted with a silencer and concealed inside a cigarette pack, which fired cyanide bullets. Later, the KGB unsuccessfully tried to kill Khoklov with radioactive thallium.

The KGB also made its creative killing capabilities available to its Eastern European sister services. One notorious incident occurred in 1978 when the Bulgarians used a KGB-designed umbrella that shot ricin pellets to kill a dissident in London.

Other spy services were more cautious about availing themselves of lethal KGB assistance. Markus Wolf, the former director of East German foreign intelligence, said the only drug he ever hesitatingly accepted from the Soviets was a “truth serum” that his KGB contact “touted as ‘unbeatable’ with the enthusiasm of a door-to-door salesman.” Wolf had reason to be skeptical. A doctor later told him that a person treated with the drug “will be dead as a dodo in seconds.”

Accidental deaths were not uncommon. In 1975, the KGB seized a hapless defector, Fyodorovich Artamonov, in Austria, bundled him into the trunk of a car and heavily sedated him. But by the time they reached Czechoslovakia, Artamonov had died of an overdose.

One of the last confirmed Soviet assassinations was the less-than-subtle plot to take out Afghan President Hafizullah Amin in 1979. As the Red Army began its invasion of Afghanistan, KGB special forces dressed in Afghan uniforms gunned down Amin in his Kabul palace. Since then, Russian intelligence has been suspected in various violent deaths, but no definitive proof has been found.

To be sure, the KGB was not the only spy service involved in wet jobs. The CIA, for one, is credited with a handful of assassination plots. Fearing a communist takeover in the Congo in 1960, the agency planned to inject a “lethal biological material” into the food or toothpaste of the country’s leftist leader, Patrice Lumumba. However, before the CIA could proceed, local killers had already taken care of Lumumba. Similarly disappointing were plots to dispose of Cuba’s Fidel Castro by a variety of methods, from exploding cigars to poison pills.

In the end, the CIA’s attempts at assassination during the Cold War failed miserably. When it came to death by poison, the Soviets clearly had the better of their Western counterparts.