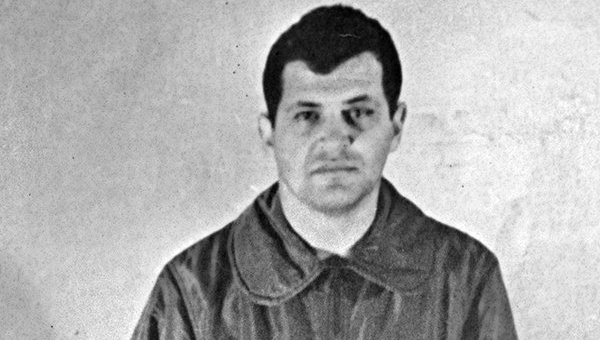 American pilot Francis Gary Powers’ spy plane was shot down over the Soviet Union in 1960.

As Russia and America deal with an alleged spy scandal involving a US diplomat who is accused of trying to recruit a Russian agent to work for the CIA, a look back at some espionage cases between the two countries shows a long and involved history:

1957  Rudolf Ivanovich Abel – A senior KGB spy who was convicted in the United States for conspiring to transmit military secrets to the Soviet Union. He was sentenced to 30 years in prison.

1960  Francis Gary Powers – A US Air Force pilot whose U-2 spy plane was shot down by a Russian surface-to-air missile during a secret mission over the Soviet Union. Powers, who survived, was subsequently put on trial and convicted of espionage. He was sentenced to three years in prison, followed by seven years in a labor camp.

In 1962, Washington and Moscow agreed to swap Abel and Powers in a prisoner exchange deal that took place on a bridge connecting East and West Berlin.

1988  James W. Hall III – A US Army warrant officer stationed in West Germany who sold electronic eavesdropping and code secrets to East Germany and the Soviet Union for six years. After pleading guilty, Hall was sentenced to 40 years in prison.

1994  Aldrich Ames – A counterintelligence officer in the CIA’s Soviet division who had been spying for the Russians since 1985. Ames was arrested along with his wife, who had aided his spy activities. Both plead guilty in court. He was sentenced to life in prison; she received a 63-month prison term.

1996  Harold James Nicholson – The highest-ranking CIA officer ever convicted of espionage, Nicholson sold the identities of US intelligence officers to his Russian handlers. He was sentenced to 40 years in prison.

1996  Earl Edwin Pitts – An FBI agent found guilty of giving classified information to Moscow from 1987 to 1992 in exchange for money. He was sentenced to 27 years in prison.

2000  Edmond Pope – An American businessman and retired US naval intelligence officer who was arrested in Moscow by Russia’s Federal Security Service (FSB) after seeking to obtain plans for a high-speed Russian underwater missile. He was convicted of espionage and received a 20-year prison sentence. However, he was later pardoned by President Vladimir Putin and returned home to the United States.

2001  Robert Hanssen – An FBI agent who pleaded guilty to 15 counts of espionage and conspiracy for passing classified information to the Soviet Union, and later, Russia, over the course of 22 years. He was sentenced to life in prison.

2002 – Russian security services accused US agents of drugging a scientist who worked for the Russian Defense Ministry in order to get information out of him.

2010  Russian ‘Illegals’ – US authorities arrested 10 Russians, including socialite Anna Chapman, whom they accused of being sleeper spies. They pleaded guilty to being unregistered foreign agents and were handed over to Russia in a spy swap deal.

2012  Robert Patrick Hoffman III – A retired US Navy officer who was arrested in Virginia on charges of trying to provide classified information to FBI agents posing as Russian spies during an undercover operation. His case is ongoing.

2013  William Colton Millay – A US military policeman based in Alaska who was convicted of selling US military secrets to an undercover FBI agent posing as a Russian spy. Millay was sentenced to 16 years in prison.