Bradley Manning’s life just got worse.  He is presently on trial at Fort Meade, Maryland on charges related to passing hundreds of thousands of classified documents to Wikileaks. 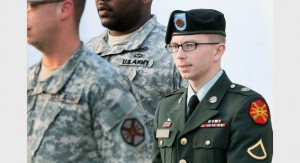 He has admitted passing those documents, so there’s not a lot of suspense here.  He’s almost certainly going to prison for a long time.  All Manning had left was his status in the eyes of many as a hero whose bold actions allegedly exposed American war crimes.

Then along came Ed Snowden.  Snowden leaked classified data from the National Security Agency to expose what he believed to be government wrongdoing.  Snowden is the next Big Thing and, like him or hate him, he has sparked a public debate that is well worth having about government surveillance and the balance between security and liberty.

In an interview with The Guardian, Snowden spoke approvingly of Manning, saying that he “was a classic whistleblower. He was inspired by the public good.”  However, he also drew a bright line between himself and Manning.

“I carefully evaluated every single document I disclosed to ensure that each was legitimately in the public interest,” he said. “There are all sorts of documents that would have made a big impact that I didn’t turn over, because harming people isn’t my goal. Transparency is.” He purposely chose, he said, to give the documents to journalists whose judgment he trusted about what should be public and what should remain concealed. 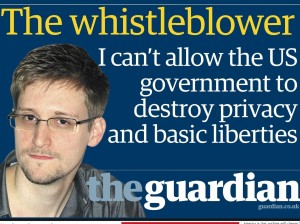 It’s not clear that Snowden meant to throw Manning under the bus, but the contrast with Manning couldn’t be more clear.  With a very few selected documents, Snowden sparked a public debate that cuts across partisan lines about an issue that has profound implications for the American political system.  Manning riled up the anti-US government crowd by hemorrhaging documents in the belief that something bad must be in there somewhere.

Almost the only thing that anybody remembers from Manning’s leak is the tendentiously named “Collateral Murder” video which showed an Apache helicopter firing at and killing a foreign journalist and a number of Iraqis.  As ugly as the incident was, the proper authorities investigated it at the time and determined that it was not a war crime.

The hard truth is that Americans will remember and care about the revelation that the US Government is snooping on their personal communications long after they have forgotten about the deaths of a handful of Iraqis in the middle of a war which claimed untold thousands of lives.

Snowden has a good chance of being remembered as someone who did something important, rather like Daniel Ellsberg.  Manning is probably doomed to slip into oblivion.