Top 10 Espionage Films According to the International Spy Museum

In honor of the 10th anniversary of the Spy Museum coming up on July 19th, we compiled a list of the top ten films that get our operatives pumped up for missions. Consider this list your first assignment on the way to becoming a full-fledged espionage expert.

We chose this spy flick for its portrayal of the early CIA and its all-star cast, including Robert De Niro and Matt Damon. 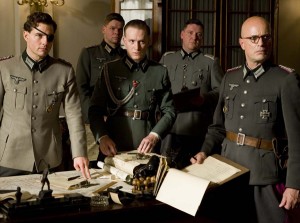 One of our top picks. We love the thought of Tom Cruise with an eye-patch. Who doesn’t? A perfect example that even your closest confidants could be plotting your demise…Trust no one.

Proof that retired operatives have still got it, just like our board members! Just a reminder that a license to kill never expires.

7. From Russia with Love

A classic Bond movie! Sean Connery and a seductive Russian spy, how could we not pick it?

Our favorite pick for younger operatives with a taste for espionage. You can never be too young to pick up the tricks of the trade. (P.S. You can see Operation Stormbreaker at the museum on July 11th. Click here for tickets.)

This compelling British espionage hit makes the list for its intriguing twists and turns. Intel says the book is pretty good, too.

4. The Hunt for Red October

A Cold War thriller featuring Sean Connery and Alec Baldwin. On submarines. Need we say more? Some say this film was so accurate that the Soviets were able to gain military intelligence about US submarine technology from some of the scenes. The real story remains classified. 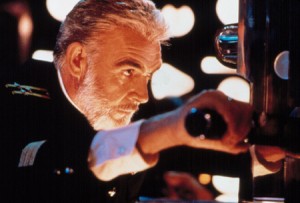 3. The Spy Who Came in from the Cold

A vintage pick. This 1965 atmospheric classic set in East Germany is one of our favorites. Worth watching for any serious spy buff.

This hilarious spy romp makes our list for its combination of espionage and Chevy Chase. A lighthearted look at mutually assured destruction. We’re still waiting for the sequel.

Our summer intern’s favorite! She enjoys the suspense and Matt Damon. Sources say the secret C.I.A cell, Treadstone, is inspired by the real life secret C.I.A cell, ‘The Enterprise’, which organized the Iran-Contra affair. Also, we’ve noticed an interesting pattern with Matt Damon…has his cover been blown?

So there you have it, agents.That’s all for now. More intelligence to follow soon.

If you’d like to get a copy of any of these movies, stop by the Spy Museum Store after your next visit and see if they have it!