What are spies without their gadgets? Here’s the Spy Museum’s top ten picks for coolest spy gear. Don’t leave HQ without them.

The lipstick pistol, used by KGB operatives during the Cold War, is a 4.5 mm, single shot weapon. It delivered the ultimate “kiss of death.” 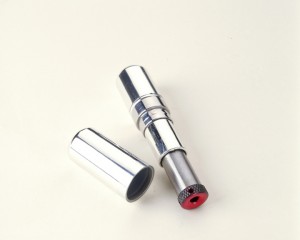 What color red are you using? It really brings out your eyes.

Operatives would obtain an American diplomat’s shoes, and outfit them with a hidden microphone and transmitter, thus enabling them to monitor the conversations of the unsuspecting target. While most shoes only smell, these shoes can also hear. 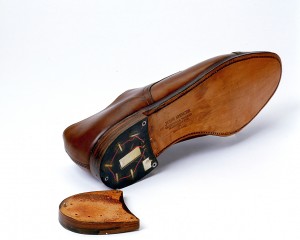 Can you hear me now?

This hidden camera was concealed in an ordinary looking coat. The lens, tucked behind the right middle button, is perfectly positioned for photographing unsuspecting people. To take a picture, the wearer of the coat would squeeze a shutter cable hidden in the coat pocket. It was widely used in the Soviet Union, Europe, and North America. Talk about a fashion statement. 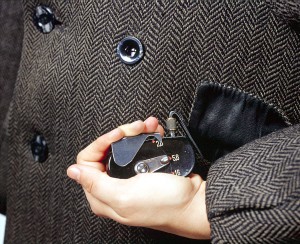 The latest from the Paris runways

Some pigeons doubled as spies—reconnaissance pigeons like these World War I birds carried cameras to photograph enemy activity. That’s what you call a bird’s eye view. 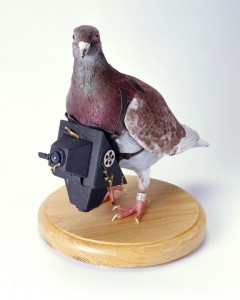 U.S. intelligence placed a bug in a wooded area near Moscow to eavesdrop on radar and communications signals of a nearby Soviet missile system.  The intercepted signals were stored and then transmitted to a satellite passing overhead. If a spy falls in the forest, does he make a sound? 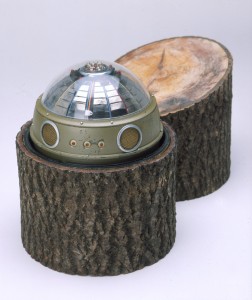 Oleg, you will not believe what I just found!

An agent would carefully aim the camera while pretending to check the time —not an easy feat since there was no viewfinder. Pressing a button on the watch snapped the photo. Gives new meaning to the term “watching you.”

Hollow coins easily concealed microfilm and microdots. They were opened by inserting a needle into a tiny hole in the front of the coin. One Soviet operative accidentally lost his hollow coin and it ended up in the hands of a Brooklyn delivery boy. Needless to say, it was a bad tip. 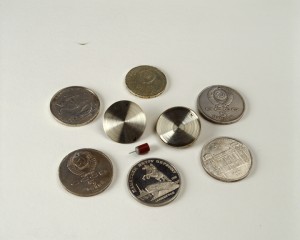 Definitely not legal tender for any debt, public or private.

John Walker used a Minox C camera to secretly photograph documents for the KGB.  He used the camera so often that it eventually wore out. At the time, it was the smallest camera in existence. 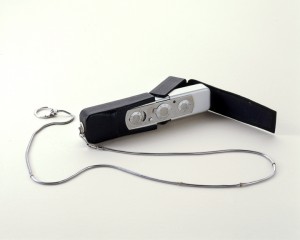 Precursor to the SLR

Originally designed to encode business communications, the Germans adapted the Enigma cipher machine for use in World War II. The machine linked a keyboard to a series of rotors using electric current. The rotors transposed each keystroke multiple times generating millions of possible combinations.  The message was then sent in Morse code. The Allies eventually cracked cracked it. Good thing there was no such thing as “autocorrect” back then. 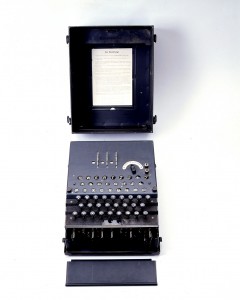 The code is unbreakable? Challenge accepted.

This lethal device held six 5mm bullets. It had the nickname, “Le Petite Protector,” meaning “the small protector” in French. Talk about a trigger finger. 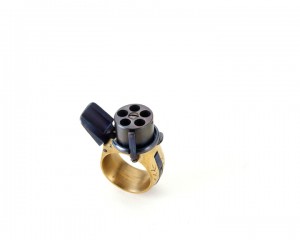 Every successful agent is going to need an array of gadgets to help them accomplish their assignments. These ten won’t let you down.

That’s all the intel for now. More to follow.

This entry was posted in Top Ten, Uncategorized. Bookmark the permalink.

7 Responses to Top Ten Spy Gadgets at the Spy Museum