In December 2012, Michael Adebowale, a British-born Muslim convert, did what tens of millions of us do everyday by logging onto Facebook and starting a conversation. The person at the other end of the computer was a senior member of al-Qaeda in Yemen, codenamed “Foxtrot” by the British Security Service, MI5. During the online chat, Adebowale stated that he would like to execute a British solider, in retribution for the murder of Muslims by British armed forces in Afghanistan and Iraq. Foxtrot encouraged him, even suggesting a choice of weapons.

5 months later, on the afternoon of 22 May 2103, 25 year-old Fusilier Lee Rigby was attacked and killed by Adebowale and his accomplice Michael Adebolajo outside Woolwich Barracks in South London. The two killers ran him over with a car, and then proceeded to stab him to death with a cleaver and an assortment of knives. 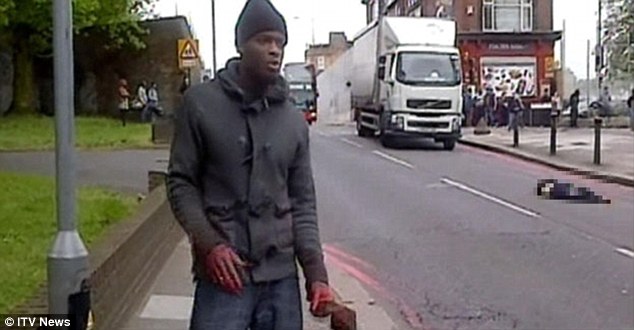 Britain’s Intelligence and Security Committee (ISC) has recently published a 200-page report into the brutal murder in which it criticises the social media giant for failing to alert the security services to the disturbing contents of Adebowale’s private messages. The report revealed that five of Adebowale’s Facebook accounts had been suspended in the months leading up to the killing when the company’s automated algorithms flagged up unacceptable content. According to the report, if this information had been passed to MI5 there was a ‘significant possibility’ that it could have prevented the attack.

The clear message of the report was that Facebook, through its passivity, was indirectly aiding, if not abetting, international terrorism. Malcolm Rifkind, Chairman of the ISC, declared: ‘This company does not regard themselves as under any obligation to ensure that they identify such threats, or to report them to the authorities. We find this unacceptable: however unintentionally, they are providing a safe haven for terrorists’. In the House of Commons, Prime Minister David Cameron echoed this view, stating: ‘Their networks are being used to plot murder and mayhem. It is their social responsibility to act on this and we expect them to live up to that responsibility.’

Is the ISC right to imply that Facebook has blood on its hands? More generally, should Internet companies be more co-operative with security and intelligence services in handing over the social network communications of its customers? Those in favour of intelligence agency’s hoovering up the digital exhaust fumes of our daily lives have argued that tech giants like Facebook care only about their profits and are terrified that any invasion of their user’s privacy would be bad for business. Facebook maintains that its first loyalty is to the free speech of its users, but former UK Foreign Secretary Jack Straw has condemned this as a ‘distorted libertarian ideology’.

Civil liberties groups have accused the UK government of shamelessly exploiting Rigby’s murder to score cheap political points and scaremonger the British public into accepting further surveillance powers for the security services. Only two months ago, the Home Secretary Theresa May gave a chilling speech in which she reproached the Liberal Democrats for ‘torpedoing’ the so-called “Snooper’s Charter”, which would have given the police and security services greater authority to monitor the emails and internet usage of British citizens.

Facebook, critics also argue, has been made a scapegoat by government spin doctors designed to cover the failings of the intelligence community. Adebowale and Adebolajo had appeared on the intelligence radar several years before the savage attack. Adebolajo first came to the attention of MI5 in 2008 when he was discovered meeting with a member of al-Qaeda. In 2010, he was arrested trying to cross the border in to Somalia to join the Islamist group al-Shabaab. Despite these ‘red flags’, he was deemed a ‘low level interest’. Indeed, five weeks before the murder, MI5 suspended their close surveillance of him.

In the coming months, social networks will come under further political pressure to hand over data to the UK authorities that might be read as a sign of terrorist intent. Since Facebook, Twitter et al are American companies required to obey only American warrants, they are under no legal obligation to oblige, at least as things stand. But is it really the job of Internet companies to do the work of intelligence agencies for them – a form of proxy policing, if you like? As Alan Travis has written in the Guardian, what’s next – the Post Office, rather than the police, steaming open suspicious letters?

Moreover, is more data really the solution? A lot of people say a lot of offensive and threatening things online (“I really hate the Giant’s quarterback”, “I could murder a Dunkin’ Donuts”, etc). If the Internet companies do show goodwill, therefore, it is essential that software be in place to separate non-threatening material from the genuinely malicious. Otherwise, the haystack will get bigger and the needle even harder to find.