How Realistic is Argo? 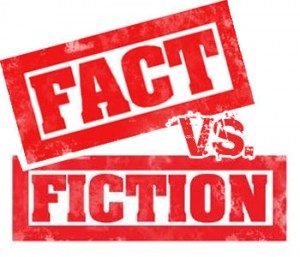 When it comes to spy fiction, the question inevitably gets asked “how realistic is it?” A leading scholar of intelligence, Professor Wesley Wark, has said that one can discern two different types of realism. The first type of realism involves getting the technical details (names of offices, technical capabilities of weapons, locations, etc.) right. The second type of realism gets at whether the fictional work grapples with issues that real intelligence professionals must actually deal with. With this typology in place one can start categorizing works. Tom Clancy novels do well in the first category. John LeCarre novels do well in the latter. Jason Bourne does well in neither.

With that as background, I’d like to comment in particular on Argo. Lesley Copeland, a friend and fellow intelligence scholar, has described Argo as a film that “might be called a ‘true- feeling’ account.” Put another way, Argo is pretty good with regard to first standard of realism but even better on the second. Hence, I quite agree with Ms. Copeland when she says notes that Argo is “a film CIA historians should approve of.”

Certainly the opening sequence which gives historical background including the CIA-MI-6 coup in Iran in 1953 and the brutality of the Iranian regime is laudable from a historian’s point of view. However, Copeland highlights two other points that I think are right on the money. The film shows exfiltration experts demonstrating heroism quite of a different nature from that shown by the gun-slinging spies of so many other films (Bourne, Bond…) This gets at a serious point: intelligence officers are just normal people and the drama in most intelligence operations (when there is any at all) is internal, not external (deriving from explosions and gunplay, for instance).

This of course, is a potential problem for filmmakers. It’s difficult to show internal angst, at least if one also wants to sell lots of theater tickets. Of course, it can sometimes be done. Tinker, Tailor, Soldier, Spy, mostly managed to create intense drama that plays out inside the characters but not in physical action. Screenwriter Chris Terrio and Director Ben Affleck, however, chose to go in a different direction. It is quite true that in real life the day of the exfiltration went off almost perfectly.

However, that doesn’t mean that Tony Mendez, the six “houseguests” and the Canadians weren’t feeling extreme tension at the time. Ben Affleck has been much criticized for externalizing this tension and turning it into a giant chase culminating on the airport runway that made visible and visceral to the audience what the protagonists were feeling. Maybe they could have chosen a better way of doing this, but it is a reasonable solution, in my opinion.

Ms. Copeland also notes that Argo illustrates “America’s often under-valued relationship with its allies,” in this case the Canadians. She’s quite right. Too few spy films reflect the fact that intelligence involves international cooperation nearly as much as it involves unilateral action. 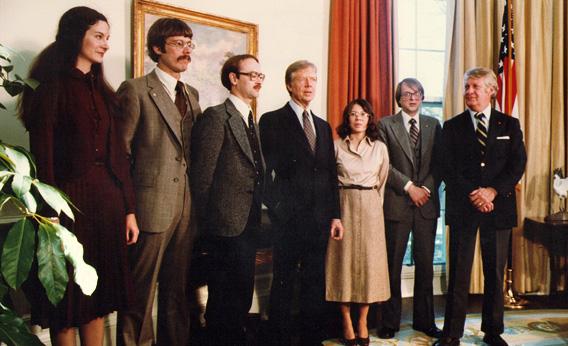 Ironically, this simple fact has caused some of the most visceral objections to Argo. Comment threads under Canadian online reviews often seem to devolve into Canadians complaining that once again the Americans give themselves exclusive credit for something remarkable and heroic. Some Canadians even say that they know that the CIA was not involved in the operation because they saw a 1981 made-for-television movie that showed it that way. These Canadian comments are met with equally jingoistic comments from Americans alleging that the rescue was a CIA show from beginning to end and that the Canadians did nothing more than in effect operate a hotel. (In fairness, the Canadian critique has been echoed by many Americans in as well.) It is alarming to note the persistence of demonstrably false beliefs even 15 years after the facts were first declassified.

The reality, of course, is that both countries did remarkable things to secure and then rescue the six “houseguests” and several people from both countries put themselves at risk to bring the exfiltration to a successful conclusion. Viewers can reasonably disagree on which country deserves more credit, but no informed observer can disagree with the general point that there is more than enough credit to go around. In this connection it is worth thinking about what is not in the movie, jettisoned for the sake of time and simplicity. To begin with, the recently deceased John Sheardown, a Canadian consular officer, who actually housed four of the six Americans, is nowhere to be seen;nor is his wife. The fact that the Canadians collected important intelligence in support of the operation—a fact brought out by Robert Wright in his book Our Man in Tehran—is also not mentioned. On the American side, “Julio,” a CIA officer who went into Tehran with Tony Mendez does not appear in the movie. An American veteran of the OSS—(Charlie Beckwith of Delta Force fame calls him “Bob”)—who reportedly worked in Tehran in this period, is only briefly alluded to in the film. Finally, the six houseguests themselves did an excellent job by carrying off their roles with aplomb. Mendez’s memoirs make clear that this was not always the case with exfiltrations.

In summary, I think Argo is a fine film and the sort of spy film that real intelligence officers should want the public to see. The “Best Picture” of 2012? That, I leave to the Academy.

This entry was posted in History, In The News, SPY at The Movies, Uncategorized and tagged agent, Argo, Ben Affleck, Canadians, CIA, declassified, hostage, Spy, Tony Mendez. Bookmark the permalink.