In honor of Black History month, SPY profiles extraordinary clandestine African American men and women throughout history. These unsung heroes have been active agents in the defense of American freedom on the frontlines and behind the scenes of every American military conflict. While the nature of their efforts required a cloak of secrecy, their stories are numbered and varied. What is shared is their collective courage, loyalty, and opposition to tyranny. 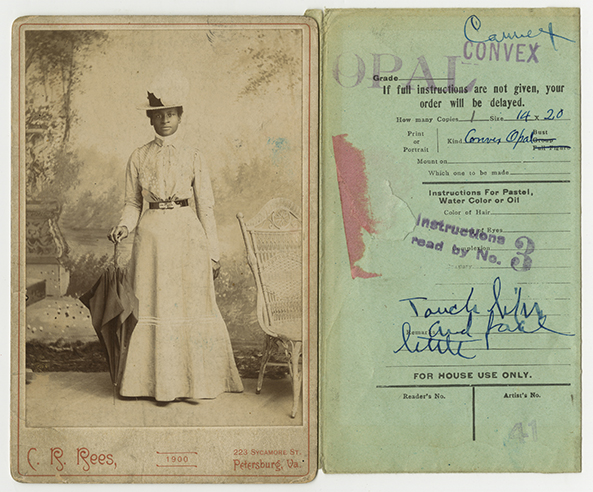 Mary Elizabeth Bowser (1839 – ?), was part of a Union spy ring known as “the Richmond underground”, directed by Elizabeth Van Lew, whose family was well respected and well connected socially in Richmond. Bowser had been a slave of the Van Lew family, but Van Lew freed her and sent her North to be educated. When Van Lew decided to establish a spy ring in Richmond shortly before the fighting began, she asked Bowser to return and work with her for the Union. Van Lew obtained a position for Bowser as a servant in the Confederate “White House” through the recommendation of a friend who provided supplies to that household. Bowser pretended to be uneducated but hardworking and, after working part-time at several functions, was hired as a regular employee. Her access provided her with opportunities to overhear valuable information. As a Black woman – and a servant at that – she was ignored by the President’s guests. Bowser had a photographic memory and could report every word of the documents she saw at the “White House”. In recognition of her intelligence contributions, Bowser was inducted into the US Army Intelligence Hall of Fame at Fort Huachuca, Arizona, on June 30, 1995. 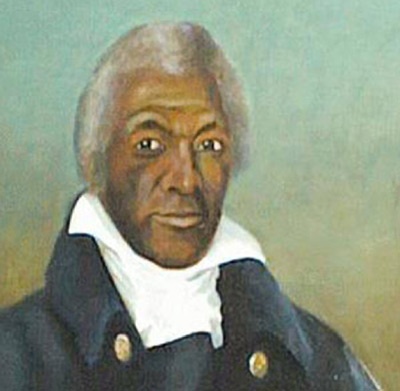 Born enslaved in Virginia during the time of King George’s War, with permission of his holder, James Armistead joined the Continental Army in the battle of the American Revolutionary War under the Marquis de Lafayette—in whose honor he would later adopt this surname. Armistead infiltrated the camps of the notorious British Brigadier General Benedict Arnold and Lord Cornwallis posing as a fugitive slave. Serving the British troops in this role, he would record their tactics and report back to operatives fighting on the side of America. His communications were essential in the Battle of Yorktown and the overthrow of British forces. Where many enslaved gained freedom as a condition of military service, Lafayette remained bonded until he petitioned the Virginia Assembly for his freedom with a testimonial of his service from the Marquis de Lafayette that stated, “This is to certify that the bearer by the name of James has done essential services to me while I had the honour to command in this state. His intelligences from the enemy’s camp were industriously collected and faithfully delivered. He perfectly acquitted himself with some important commissions I gave him and appears to me entitled to every reward his situation can admit of.” 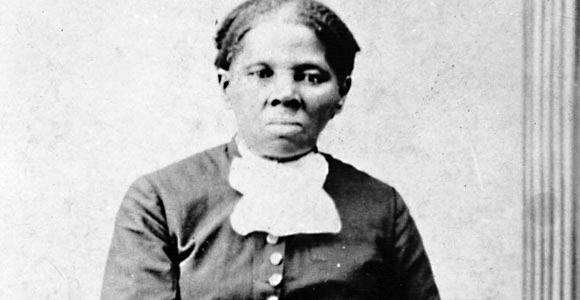 Respectfully known as the ‘Moses of her people’ for ushering numerous enslaved persons to freedom, Harriet Tubman is most often associated with her epic works as a conductor on the Underground Railroad. The same stealthy mobility and furtive operations that facilitated repeated and undetected journeys across military fronts were enlisted by the Union Army to disable, upset, and aid the fall of travel and supply utilized by the Confederate States Army. Traveling as far south as Florida, she served the Union Army as a nurse, by scouting enemy posts, and as a spy. She was a daring leader behind combat lines and on the battlefield. In 1863, after a successful maraud leading Colonel James Montgomery’s Union troops, General Rufus Saxton reported to Secretary of War Staton, “This is the only military command in American history wherein a woman, black or white, led the raid and under whose inspiration it was originated and conducted.” While aiding Union efforts, she helped many seeking freedom to realize their goal by delivering them to safe harbors. Whether on the frontlines or shepherding people out of bondage, Ms. Tubman fought in the war for freedom on two sides—for her people and her country. 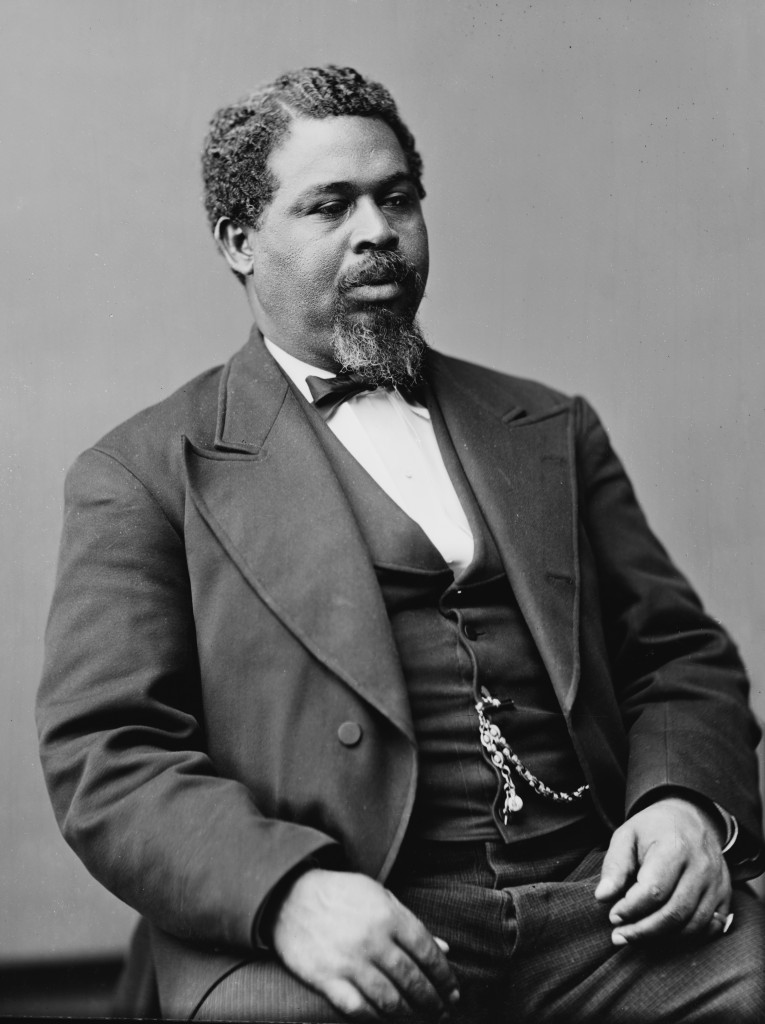 In May 1862, the second bloody year of the American Civil War, a 22-year-old slave named Robert Smalls accomplished an unthinkable feat of cunning, deception, and bravery: he stole a ship. Smalls along with 16 people on board, including his wife, brother, and their children commandeered the ship on which he worked (The Planter) past the Confederate-occupied Fort Sumter, and surrendered it to the blockading Union navy. He also delivered important information about Confederate dispositions in and around Charleston Harbor. Smalls supplied Admiral Samuel F. Du Pont with the necessary intelligence to seize Stono Inlet, occupying it with several gun-boats and securing an important base for military operations. He would go on to serve as a pilot for both the navy and the army during the remainder of the war. After the war, he was elected to the US House of Representatives multiple times. 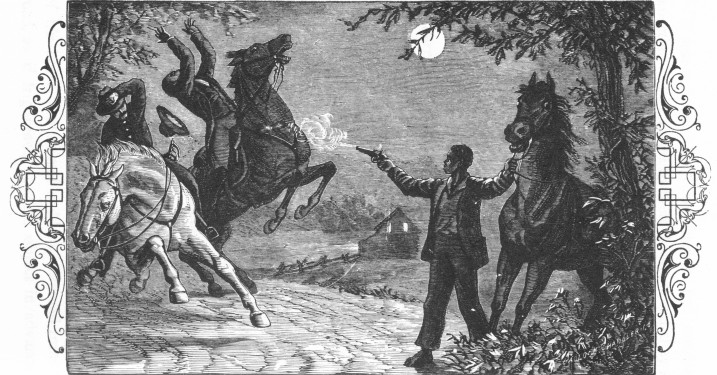 John Scobell was a freed slave who was recruited by Union intelligence chief Allan Pinkerton to spy behind Confederate lines. Scobell was intelligent and a good actor. He took on several identities, including food vendor, cook and laborer. Scobell often worked with two of Pinkerton’s best agents—Timothy Webster and Carrie Lawton—posing as a servant.

Scobell provided valuable information about Confederate order of battle, status of supplies and troop morale. He also sought out leaders in the black community to collect information about local conditions, fortifications, and troop dispositions.
To learn more about the “black dispatches,” read the CIA’s publication Black Dispatches: Black American Contributions to Union Intelligence During the Civil War. 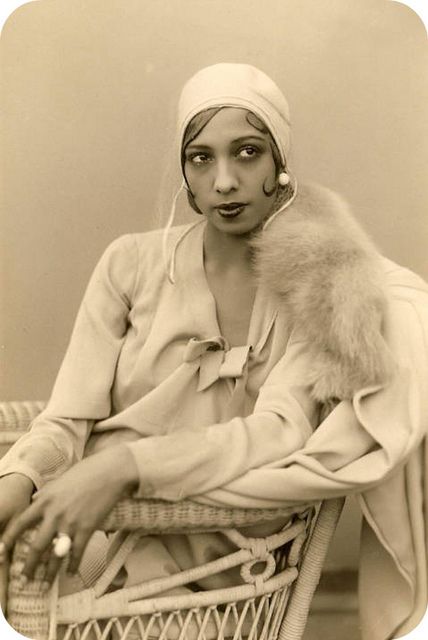 An icon of the Jazz Age—singer, dancer, and actress Josephine Baker is internationally recognized as an entertainer. She was also an agent of the French Resistance during World War II. Born Freda Josephine McDonald in St. Louis Missouri, the first African American woman to star in a major motion picture would catapult herself to the intercontinental stage with audiences easily engaged in English and French. Refusing consent of segregated engagements at home, it was her appreciation of France’s acceptance that led to her work as an ‘honorable correspondent’ in the war against Germany. Capitalizing on her celebrity status, Ms. Baker mingled with military personnel, politicians, and bureaucrats at parties and during performances. She re-counted pertinent intelligence to aid the French Resistance. Baker also smuggled important information out of France. No one suspected that her sheet music was covered with messages written in invisible ink or that her dress contained hidden photographs. She was awarded the Croix de guerre and received a Chavalier of the Legion d’honneur, two distinguished French military commendations. 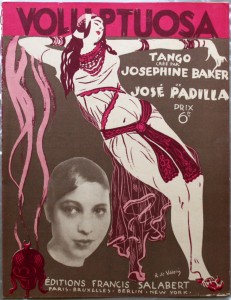 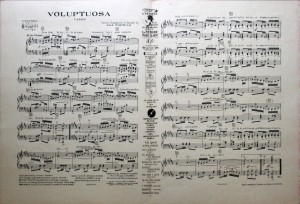 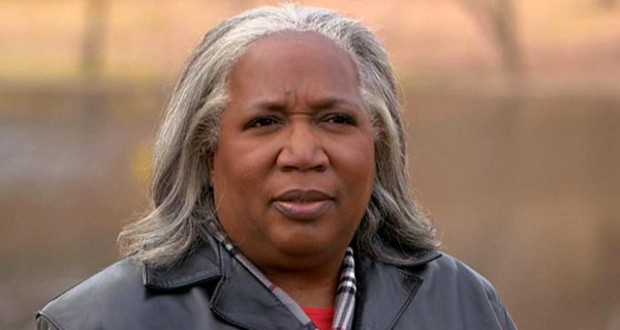 At the time of her retirement in 2001, US Navy Captain Gail Harris was the highest-ranking African American woman in the United States Navy. Hailing from the ghettoes of Newark, New Jersey, Captain Harris’ destiny to serve in the US Navy was cemented at the age of 5, when she saw a World War II-themed movie that featured a scene with Navy pilots being briefed before the climactic Battle of Midway. Then, she decided that was what she’d do when she grew up.  Unaware of the existence of a federal law which prohibited women from going into combat—which would not be changed until 1994—she forged ahead with her dream. In 1973, she became the first woman in US Naval history to serve as an Intelligence Officer in an operational Navy aviation squadron. Her career included hands-on leadership during every major conflict from the Cold War, to El Salvador, to Desert Storm, to Kosovo, and at the forefront of one of the Department of Defense’s newest challenges, Cyber Warfare. For every job assignment taken, Captain Harris was the first woman or first African American for that post, and was frequently hand-selected for challenging jobs based on her outstanding performance. Her career highlights include being pulled from her Hawaiian assignment 18 months early in 1988, and sent to South Korea to head up the intelligence support for the Games of the XXIV Olympiad (1988 Summer Olympics). This task involved extensive coordination with the United States and South Korean military, intelligence and civil agencies.  She was also hand-selected by the Director of Naval Intelligence and Commander of US Naval Forces Central Command to fill an interim position as Acting Naval Attaché in Egypt, thereby becoming the first female to serve as a military attaché in a Middle Eastern country. 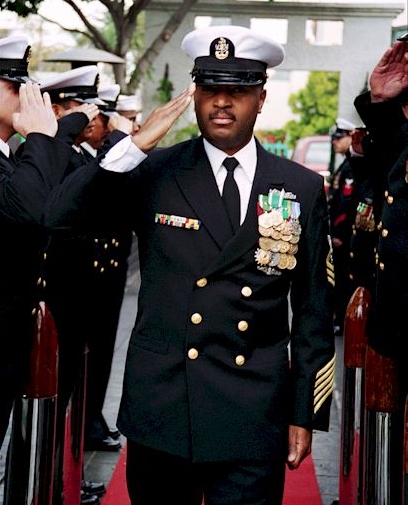 Retired US Navy Senior Chief Petty Officer Malcolm Wrightson Nance holds the distinction of being one of a select few African-American intelligence operatives who engaged in the secret war against Osama Bin Laden’s al-Qaeda organization years before the September 11 terrorist attacks. Born in Philadelphia, PA, Mr. Nance hails from a family boasting over 100 years of military service: fighting in World War I, World War II, Korea, Vietnam and the War on Terrorism. In 1981, he entered Naval Intelligence learning to speak Arabic, break enemy codes, interrogate prisoners and track international terrorists across the globe.

For more than twenty years, Mr. Nance conducted numerous secret covert and clandestine intelligence missions in many Middle Eastern, African and South Asian countries as well as participating in combat missions in Lebanon, Libya, Iraq, Kuwait, Iran, Afghanistan, Bosnia and Syria. He often worked from intelligence collection platforms that included the Battleship USS Missouri, aircraft carriers, nuclear submarines, destroyers, high speed special boats, helicopters and drones. However, many more missions involved working in remote, austere environments where his knowledge of foreign languages and his ability to blend in to collect information proved vital to protecting the lives of American citizens. 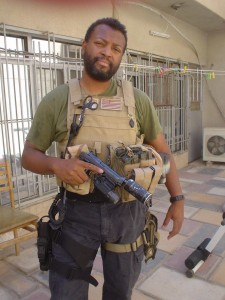 A fierce advocate of holding the moral high ground in intelligence activities he was called to testify before Congress against the use of torture on captured enemy prisoners. His powerful testimony would be quoted by President Obama who proclaimed “Waterboarding is torture … period,” and then halted the use of unethical and ineffective interrogation methods.  Mr. Nance is the author of several books on al-Qaeda and his textbooks on terrorism are used by the FBI, CIA and global intelligence agencies and a regular speaker at the International Spy Museum. He attributes his success in intelligence to an early love of reading, geography, foreign languages and studying the history of other African American spies.

Intelligence as a Career Path: A Black History Month After-School Program with Malcolm Nance on Tuesday, February 23, 4:30-5:30PM. This event is free and open to the middle and high school students only. In partnership with the Greater Washington Urban League.